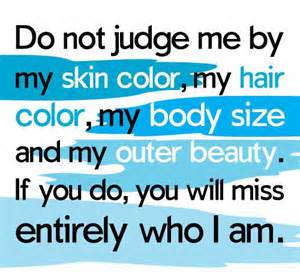 His face was scattered with crater-like acne scars and budding new pimples. I remember his beady eyes being a muddy-brown and void of compassion. The sinking feeling that rippled through me as we passed in our high school hallways is branded in my visceral memory. His name was Chris. That’s actually not true, but I don’t want to use his real name. Even though it was 25 years ago, I’m not in the business of public shaming, so I’ll just call him “Chris.”

High school can be tough to navigate under optimal circumstances. But when you enter high school three days after the start of freshman year not knowing a soul and are disfigured from scleroderma, the odds of being preyed upon are pretty high. Chris was the kind of guy who could smell fear. He sensed I wasn’t comfortable in my own skin, and leveraged it to his advantage.

I can’t remember the first time it happened, but he noticed me pretty quickly after we landed in the same co-ed gym class. With my toothpick legs, contracted arms, calcium leaking elbows, and telangiectasia-spotted flesh, I was tough to miss. Being odd-looking and friendless made me an easy target. Chris and his buddies decided to call me ‘Greta Goodman.’ The surname was accurate, but I have no idea how they came up with the name Greta. Greta isn’t an innately offensive name, but these guys turned it into an insult.

Chris and his friends would follow close behind me in the halls, their voices dripping with disdain, saying things like; “Look, it’s Greta Goodman. I don’t know how she can even walk on those legs, they’re so skinny!” or “Hey Greta –you’re looking hot, wanna go out on Saturday night with me?” These comments would inevitably spur laughter among Chris and his pack. It seemed they knew my name was Lisa, but their ridiculing was made infinitely more amusing to them by purposely calling me the wrong name. The taunting was relentless and went on for most of high school. Their insults weren’t clever or particularly biting. Half the time they made no sense.

These guys were not the best-looking, most popular, athletic, or smartest in our class of 400+ kids. In fact, as I progressed through high school and made friends, I may have actually out-ranked them in terms of the ruthless and mystical high school social hierarchy. Yet, the rude remarks by Chris and his cronies followed me through senior year.

I had all kinds of comebacks for Chris crafted in my mind, but I never said a word to him. I ignored his cruelty, thinking he would move on to his next victim. He never did. I saw Chris from a distance at our 10-year reunion back in 2002. Even then, pregnant with my first child and surrounded by my husband and friends, I crumbled when I saw him. A graduate degree, successful career, and happy marriage didn’t arm me with the courage to face Chris. Seeing him tore open an old wound as if no time had passed. He’s part of the reason I didn’t attend my 20th reunion.

Two years ago, I wrote a post that alluded to Chris. A friend from high school read the piece and inquired about his true identity. I told her who he was and she reported that she’d known him since elementary school. I still have the private message she sent me on Facebook that said, “He was poor and from a broken home that his family shared with another family to make ends meet.”

Turns out, Chris fit the mold of the classic bully cliché. He himself was in pain and therefore felt false comfort when inflicting pain on others. He had bad acne that probably made him self-conscious, so he mocked my disfigurement, knowing it was a source of insecurity for me. I’m guessing his home-life left him feeling powerless, so he set out to exert power of me.

I realize my experience with Chris was not severe in comparison to what millions of kids endure. He never threatened me, laid a finger on me, or slandered me beyond his peer group (having no social media certainly helped). But 25 years later, I still remember the way he made me feel; marginalized, freakish, and unimportant.

Most adults know the rationale behind bully like behavior is seriously flawed. Tormenting me about my disfigurement didn’t cure the acne that plagued Chris. Taking blows to my confidence didn’t elevate Chris’s self-esteem. Compromising my sense of security didn’t make Chris’s life any safer.

The term ‘bully’ has been in the news a lot, particularly in the last 18 months. I know some people argue society has gotten way too politically correct and praise people who speak without a filter. They think teasing is just a part of growing up, or in many cases, a part of adulthood. They say people just need to suck it up and stop being so sensitive. Perhaps there is some validity to that school of thought, but as an educator and mother, I have to believe there is a middle ground.

Bullying is not just a buzz word. It’s real. Just because bullying will never be eradicated, does that mean we shouldn’t attempt to change things? If we can teach kids at an early age to choose kindness, why wouldn’t we try? If we can validate children’s anger/sadness over their circumstances, but offer alternatives to inflicting more pain, why not make that attempt?

I wish more adults had been taught that when they get knocked down, slamming someone else down harder won’t help heal their own wounds. Imagine what our world might look like if everyone learned that simple lesson by the time they turned 10.