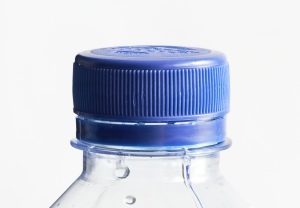 I think the world would be a far better place if people could do two simple things:

I’ve lived with scleroderma for more than 32 years and still struggle with swallowing my pride and asking others for help. I consider myself a self-reliant individual, but having scleroderma means I’m at the mercy of others to assist me with the simplest of tasks.

For example, I find that opening a bottle of water can sometimes be impossible. A rigidly fastened cap often stands between me and hydration. I have a choice: stay thirsty or ask someone (even strangers) to help me. I’m not kidding when I tell you that I spent two decades remaining thirsty in social situations rather than asking someone to twist a cap off a bottle. It took a near-death experience to help me loosen my tight grip on stubbornness and stupidity.

You’re probably picturing me stranded in a wasteland, at death’s door, asking some random desert dweller to open the last tightly screwed bottled of water for me. Not quite.

Ten years ago I experienced a life-altering health crisis that landed me in the hospital for more than seven consecutive months. During much of that time, I wasn’t permitted to eat or drink, nor was I able to move or speak due to temporary paralysis and a tracheotomy. I couldn’t so much as click the television remote, hold a phone to my ear, or brush my own teeth.

It was then that I learned what it truly meant to be at the mercy of others. I developed the most intense dry mouth, as though my tongue was carpeted in thick wool. The only momentary relief from this was being given two cups, one with water and one that was empty. I was permitted to swish the water around in my mouth (never to swallow it) then spit it out in the second cup.

At that point, all I lived for was a visitor to arrive and give me those two cups. It took an intense effort both for me to convey what I wanted without speaking or gesturing, and for visitors to understand. It was like playing a cruel game of charades invented by the devil. Eventually, my visitor would get me those two coveted cups, which relieved my dry mouth for about 30 seconds.

Later on during my hospitalization, my water-swishing ritual was deemed too hazardous, as I was at a high risk for aspiration. Instead, every 15 minutes, the sitter, who was assigned to sit next to me at all times, was allowed to dip a green sponge on a stick into a cup of water and then place the sponge in my mouth. This was pure agony on the most primal level. All I looked forward to was the glorious moment when 15 minutes had passed and I was permitted to suck that green sponge on a stick. The relief lasted about 20 seconds before the heavy velvet would encase my tongue again. I would then begin counting down to the next glorious visit from the majestic green sponge on a stick.

Needless to say, I no longer have a problem asking anyone to help me open a bottle of water. There’s no shame in seeking help. In fact, none of us can survive without it. Learning to ask and accept help came from a very extreme and painful saga in my life. I wouldn’t wish that path on anyone. However, I do wish more people would borrow from the lessons I learned on the journey. 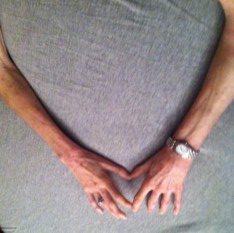 To learn more about my 218 days in the hospital, check out Does This Hospital Gown Come with Sequins?

*This article originally appeared on my weekly column in Sclerodermanews.com