Tooting Your Way to a Happy Valentine’s Day and Marriage 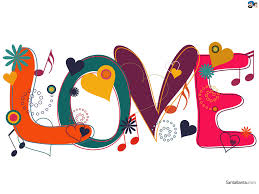 Ah Valentine’s Day- that time of year when we’re all obligated to celebrate the love we share with that special someone. It’s the day we’re mandated to shower our significant other with flowers, candy, expensive dinners, or other lavish gifts that represent our undying adoration. After 17 plus years of marriage, I recognize Valentine’s Day as the cruel joke Cupid most likely intended it to be.

I’m guessing there’s only a tiny sliver of Americans who actually enjoy Valentine’s Day. We all know those annoying people at the start of a relationship, or who have been together for years and are still madly in love. They go all out on February 14th to express their mushy gushy love. Blech! News flash for you people- the rest of us can’t stand you! Aside from these irritating lovebirds, Valentine’s Day is just a yearly marker that reminds us we most likely fall into one of these categories:

All things considered, I’m happy to be nestled comfortably in category three (I’ve done category 5 and wouldn’t wish it on my worst enemy). You may remember my previous Valentine’s Day blogs where I covered how I met my husband Dave and his subsequent snooze fest of a marriage proposal. These previous Valentine articles substantiate my claim that relationships are not about the fluffy moments, the deceptive Facebook posts, or the cute holiday card that features the one photo taken all year with everyone looking at the camera.

True love is about managing the everyday minutia of carpools, emptying the dishwasher, cleaning the gunk out of the vacuum, and taking out the garbage. It’s also about overcoming the big stuff; like that time I was on the brink of death and Dave was left alone with our newborn and toddler for 218 days. Dave and I have not gotten through the monotony and hardships of our relationship gracefully. Rather, we’ve trudged through and have the battle scars to prove it. Yet somehow, we’re still in love.

So what’s the common denominator? Without a doubt, it’s gotta be humor. Our marriage is woven with threads of laughter and the bad jokes only we (and now our kids) find funny. To me, that’s true love.

We learned a long time ago that a little humor goes a long way when you’re having a stupid fight. Hence, we invented a marital technique, known only to us the few choice friends we’ve told. Dave and I agree we can no longer keep this method from the world. It would just be plain selfish not to do our part to spread love and peace around the globe. So without further ado, I shall unveil to you the time-tested tool that has saved Dave and me countless hours that would otherwise have been devoted to petty arguments….

Tooting Your Way to a Happy Marriage

This title is deceptive and may lead one to conclude that flatulence can save your relationship, when in fact, it sometimes has the opposite impact. Plus, I’m anatomically incapable of farting. No, I’m talking about a whole other kind of tooting. It’s simple, really. The next time you’re squabbling over the expensive Target credit card bill you/ your partner ran up last month, stop and take a deep breath.

Instead of shouting something like, “David, you’re being ridiculous! I didn’t buy a yacht or a summer home in the South of France! You’re literally getting upset that I over-bought on toilet paper and sandwich bags,” try cupping a fist over your mouth while moving your other fist back and forth in a bugle- playing-motion.

Start off with a dramatic series of toots. Don’t make it depressing like playing Taps at a military funeral, keep the tooting jovial and festive. Then, in a goofy voice that resembles a cartoon character, say exactly what you would normally say during an argument, but say it in your crazy tooting voice. Finish it off with a series of celebratory toots.

If you do it right, your partner will dissolve into a pool of giggles, forgetting all about the Target credit card bill and instead sprinkle you with love and affection. On rare occasions, your other half may be unmoved and will toot back a passive aggressive reply thickly saturated in contempt. Simply counter that rebuttal with another toot that strikes a balance between scorn and levity. Follow this pattern until you’re either laughing, or forget what you were fighting about in the first place.

I know this is hard to imagine, so I bring you our debut footage of a tooting match:

Dave and I often joke that we could write a book on our formula for a happy marriage. We already have the chapters mapped out:

Tooting Your Way to a Happy Marriage

Introduction…………Our Marriage BTT (Before the Toot)

If we ever write the book, I’ll be sure to let you know. Maybe we’ll even write a sequel; Tooting Your Way through Parenting. Think of how many world conflicts could be solved if we all just learned to toot!