My Overdue Apology to Carol Brady this Mother’s Day

On March 8, 1974, the final episode of The Brady Bunch aired. I was born later that year, hence missing out on ever watching the show live. Lucky for me, and the rest of the free world, the show has been in continuous syndication ever since.

My sister and I spent our childhood watching reruns of this iconic sitcom. One of my coolest party tricks is the ability to identify an episode’s plot within the first 15 seconds. Please don’t be jealous, I’m sure you have special talents too. Whether it be debating what happened to Tiger after the first season, or psychoanalyzing Jan’s multiple personality disorder, I consider myself an expert on all things Brady Yep, from camping trips to Hawaii and The Silver Platters to Johnny Bravo, I’m a true-blue fan.

The ridiculous “lessons” that Mike and Carol taught their children at the end of each episode is what captivated me as a kid. Regardless of how unrealistic the story line, I looked forward to the end when all problems were solved via a family meeting in the den. Given my borderline unhealthy obsession with this fictitious family, it is difficult for me to admit that, since childhood, I’ve harbored disparaging thoughts toward Carol.

“I don’t understand why Mrs. Brady needs Alice,” I’d often remark to my sister, “She doesn’t even work!”

Yikes! Before SAHMs versus Working Moms was an actual “thing,” I was preparing for the proverbial battlefield. At age six, I already was engaging in America’s favorite pastime; callously judging others.

Based on my keen observations, in 30 minutes (minus commercials), Alice would make the beds, do the laundry, vacuum, serve dinner, and crack jokes. The Brady’s were working that poor woman to the bone! What was Mrs. Brady doing? Her biggest contribution appeared to be standing behind the orange Formica island handing out sack lunches that Alice had packed.

As a mother of two myself, only now, can I fully appreciate that Mrs. Brady was a working mom, only she never got a paycheck. With six kids, I’m sure Carol spent her days………

Years after I became a fan, the fictional Brady clan continues to teach me lessons.

Cue sappy music and visualize Mike (straight jet-black haired Mike, or luscious permed locks Mike- I’m flexible) and Carol asking you to pop a squat on the plaid sofa for a family meeting in the den.

Working moms or SAHMs, married or single, rich or poor, all mothers share the genuine desire to do right by her kids. The bottom line is, motherhood is damn hard! Was Carol lucky to have Alice, a beautiful clean house, a great hubby, and six children who appeared mentally and physically healthy (except maybe for Jan)? Of course, she was! But that doesn’t mean she journeyed through motherhood on a unicorn.

The emotional load alone was most likely enough to cause her serious anxiety. I’m sure she spent sleepless nights second-guessing her parenting decisions and worrying about her children. Would Greg end up a chain smoker after trying a cigarette? Should she have been easier on Jan when she didn’t wear her glasses? Harder on Bobby and Cindy for wandering off at the Grand Canyon?

Since becoming a parent 15 years ago, I’ve been a full-time working mom, a part-time working mom, and (during my summers off) a stay-at-home mom. Any way you slice it, being a mom is physically exhausting, emotionally draining, and messy!

As they grow, so do their messes. Preteens and teens seem physically unable to throw away candy wrapper and chip bags or carry an empty glass back to the kitchen. From their perspective, asking them to rinse out a cereal bowl borders on violating child labor laws. It’s against their religion to cap the toothpaste, make a bed, or put away their clean clothes. Who wouldn’t want an Alice in their life, if they had the resources?

So, on this Mother’s Day, let’s all give the gift that mothers need the most; the joy of a judge-free day. Even as I write this, I’m feeling the imaginary judgement of others. …… 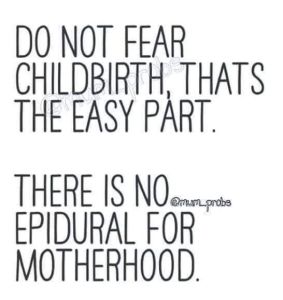 But alas, I am trusting that my readers will offer me the same gift I’m offering them. Let’s all give and receive the thrill of motherhood without the fear of being judged. On this Mother’s Day, smile at the mom who  considers maraschino cherry juice straight from the jar a fruit, help the mama whose kid is having a temper tantrum in the middle of Target, and offer a tissue (without judgement) to the mommy whose kid is dripping green snot.  We know Mrs. Brady would do it for us, or in the very least, she’d have Alice do it for her.